Taitem Engineering is a member of Amicus Solar Cooperative, a group of PV integrators and EPCs who work together to lower costs, improve operational efficiencies and share best practices. Over the next few months we will be featuring stories on various topics that include perspectives from some of our fellow Amicus members. We hope you enjoy this series of posts!

This month’s topic is Solar is Cool for Schools and so we asked Amicus members to fill us in on their school based solar projects.

Here’s what Katharine from Colorado based Sunsense Solar had to say:

We are happy to report that we have implemented several projects for schools over the years and we are proud of the role we have played in helping to educate young people on energy efficiency and renewable energy projects. We are particularly excited about our latest school project, for the Roaring Fork High School in Carbondale, CO, as the 380 kW array will power 100% of the school’s electricity needs. Interestingly the project was initiated by a group of students from the high school’s energy club. The club’s main purpose is to find ways to make the school more energy efficient and many of the student members had been pushing for solar in their school district since they had been in middle school. They worked tremendously hard to help convince the school district Board of Directors on the merits of solar through a third party finance agreement, and it has been very gratifying to witness these students realize their ambitions and see that, with effort and perseverance, they really can make a difference.

Fred from New England’s ReVision Energy had this to add:

ReVision Energy was recently proud to be part of working on the first net zero school in the state of Maine, a new building for The Friends School in Portland. [one_half]

The Friends School is impressive enough simply that it is being built to Passive House Standards, an extremely challenging set of standards based on achieving a high level of airtightness, minimal energy usage and minimal heat load. What energy the Friends School does need will be provided through a grid-tied photovoltaic array installed by ReVision Energy, and financed through an intergenerational partnership with Oceanview at Falmouth. The way this arrangement works, is, since the School (as a nonprofit) does not qualify for tax-based solar incentives, Oceanview (a private business) will purchase, own, and operate the system (on the roof of the Friends School) for a period of 6 years, during which time Oceanview will sell the power to the school. At the end of the 6-year period, the School can opt to purchase and own the system outright, or, continue to make payments as part of the power purchase agreement. While more popular in some of the bigger solar markets, this kind of PPA is fairly uncommon in Maine and it is the first time that an outside investor with charitable interests has funded a solar array for a school in this way. The project has garnered national attention, including that on ME Senator Angus King (I) who cited it as an example of what his keynote legislation, The Free Market Energy Act of 2015, would help support.

Grace from Lightwave Solar in Tennessee shared the following:

LightWave Solar has worked on several solar projects for public and private schools and universities across Tennessee – 10 schools so far. In many cases, public school systems and local municipalities are well-positioned to take advantage of solar PV systems due to the combination of building ownership, long-term financial outlook, and superior credit ratings. An increasing number of municipalities understand that solar can hedge against rising electric rates and provide reliable revenue. Our most recent and largest public school project is for Knox County in Knoxville, TN. The 5.3 megawatt (MW) project includes rooftop solar systems on 13 municipal buildings, including 11 schools.

LightWave Solar is the lead solar subcontractor under general contractor, Ameresco, Inc., and construction commenced in August. The $12.45 million project, financed by Qualified Energy Conservation Bonds (QECBs), is scheduled to be completed in early 2016, and it is expected to provide more than $29 million in energy savings to Knox County over the next 30 years. “Our renewable energy project is fiscally responsible, saves taxpayer money and makes good business sense for the County and our entire community,” said Knox County Mayor Tim Burchett. “This solar project will pay for itself and reduce utility costs which means it’s good for our taxpayers and the environment. It’s a win-win no matter how we look at it.” Knox County Schools plans to use the project as an educational tool to teach students about solar energy and emphasize the importance of sustainability. To start, the system at L&N STEM Academy will be monitored and data will be displayed on a kiosk for interactive learning opportunities with students. The project will reduce CO2 emissions by over 5,000 metric tons annually, the equivalent to removing approximately 1,057 cars from the road every year.

As for Taitem, we love working with schools and universities on renewable energy and energy efficiency projects. Administrators and school boards can reign in escalating energy costs, while encouraging young people to pursue interests in green tech. One of Taitem’s recent school collaborations involved LEED® energy modeling and commissioning for a 32,000 SF addition to the historic Cherry Road Elementary School located within the close-knit Westvale neighborhood of Syracuse, NY. The addition features a solar preheat wall and advanced HVAC and lighting controls scheduled around class times. Installing a “solar wall” to heat air before it enters a building is one of the most efficient ways of reducing energy costs using solar energy. The south-facing solar collector is a black wall of sheet metal perforated with tiny holes that heats the air as it draws it into the building. It is a simple yet effective way to harness the sun’s energy especially in higher latitudes, and the solar wall does not interfere with the prime rooftop space reserved for solar photovoltaic panels.

The Cherry Road classrooms were also designed with an east-west orientation which allowed them to take advantage of the northern daylight, and a 25 kW photovoltaic array sits on the roof. Water from lower roofs is channeled into a “rain garden”, where it collects at one end and progresses through a series of natural processes including evaporation, and absorption into soil reducing the impact of runoff on overtaxed municipal systems while nourishing an array of native plants. From passive solar to PV arrays and harvesting rainwater, all aspects of the building provide an educational opportunity for students and their community. 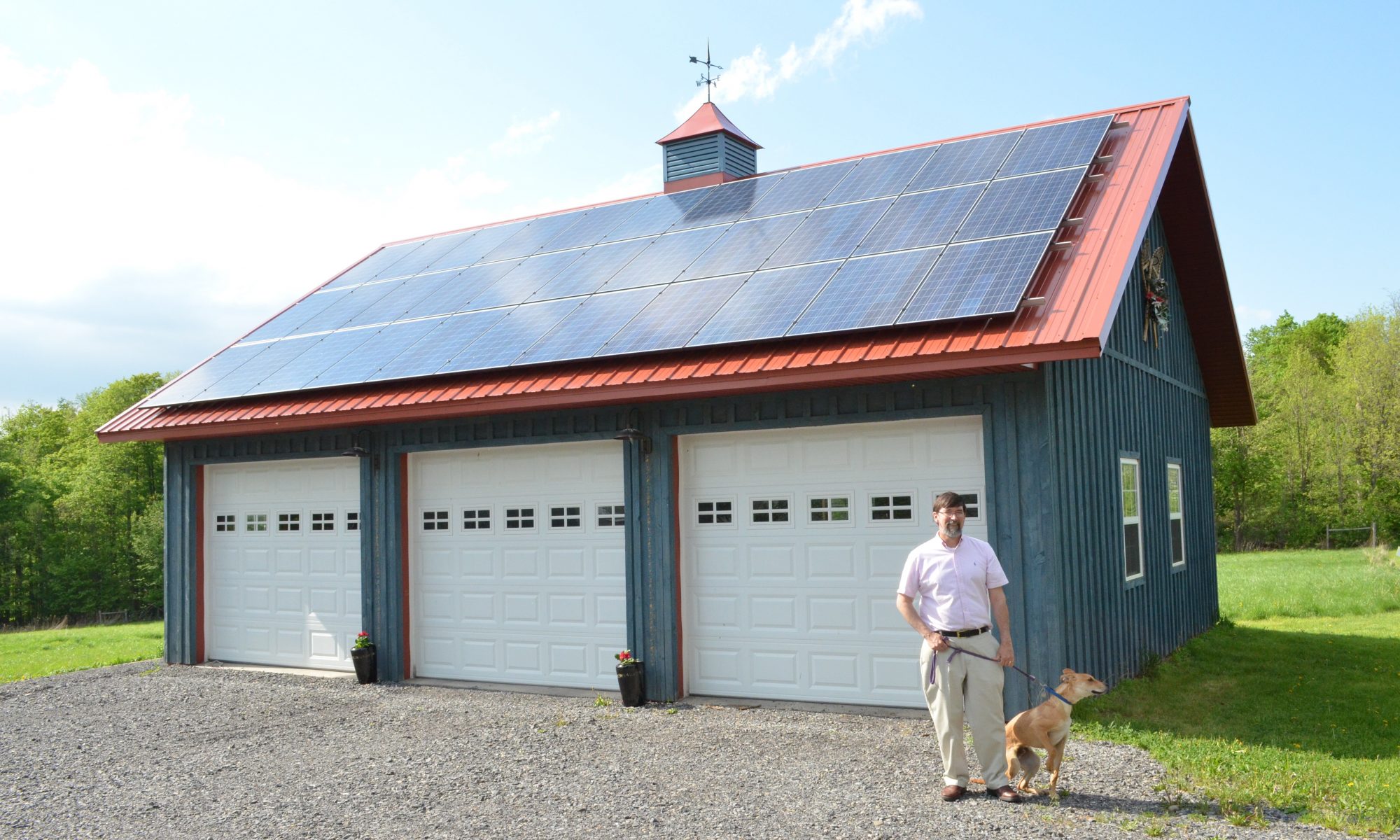